Educational Leadership ConferenceSafety and Security in Our Schools

Hear from school leaders who have lived through major crises and what they have learned at this in-depth symposium on school safety and security for district and policy leaders.

Take airport tollway north to TX-121.  Exit east on TX-121 and continue to Lewisville to I-35 East.  Turn left from TX-121 to I-35E going north.  Continue on I-35E into Denton and exit number 466B toward North Texas Boulevard.  Turn right onto North Texas Boulevard.  Once past Eagle Drive, the Gateway Center  will be on the right.

Stay up to date about the UNT Educational Leadership Program 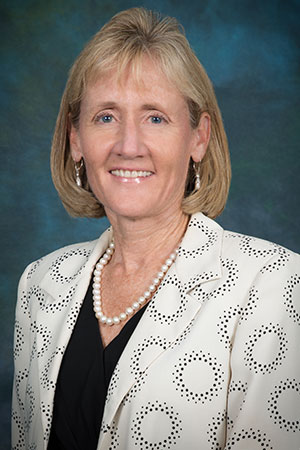 Leading the Response During a Crisis 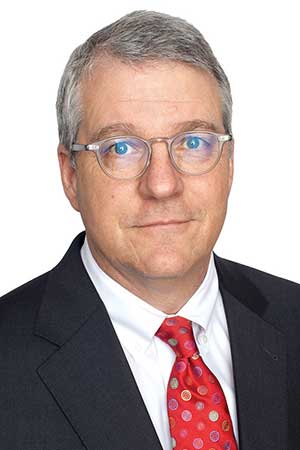 The Politics of Disaster in Texas 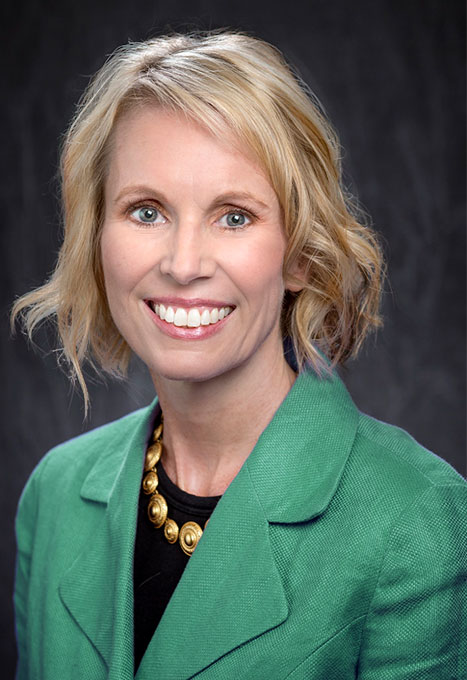 The importance of communication when crisis hits home 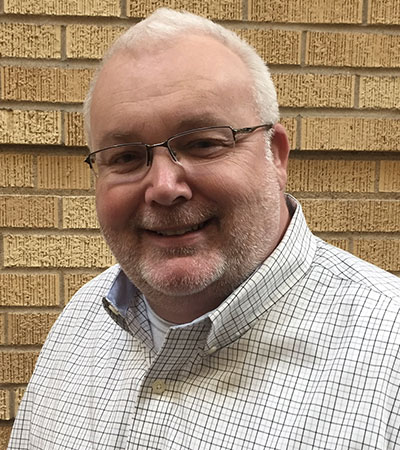 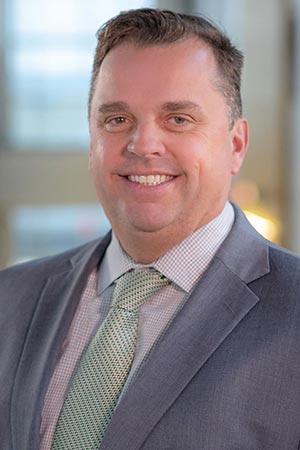 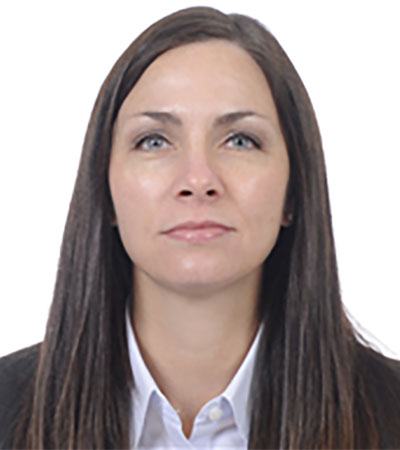 Leading the Response During a Crisis

Leigh Wall, Superintendent of Santa Fe ISD was confronted with superintendent’s worst fear: a mass shooting at her high school, and she had to lead the district’s response, in the moment and the aftermath. Dr. Wall will speak about that day, how they managed the crisis, what they have done since and what they have learned.

After teaching for 18 years she served as junior high and high school principal, and is currently entering her 12th year as Superintendent of Schools for Santa Fe Independent School District.

She currently serves on the Board of Directors for Texas Association of Mid-Size Schools, Executive Committee for Region 4 and President of Learning Forward, a prestigious nonprofit focused on quality professional development for educators. 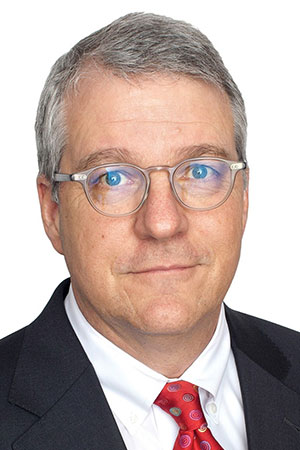 The Politics of Disaster in Texas

What will happen in Texas government regarding major hazards. No one is more on top of that than Ross Ramsey, executive editor and co-founder of The Texas Tribune. Ross will be speaking on the politics of disaster in Texas, his take on what is happening in the legislature and governor’s office regarding and what to expect politically in the future.

Ross Ramsey is executive editor and co-founder of The Texas Tribune. Before joining the Tribune, Ross was editor and co-owner of Texas Weekly for 15 years. He did a 28-month stint in government as associate deputy comptroller for policy and director of communications with the Texas Comptroller of Public Accounts. Before that, he reported for the Houston Chronicle from its Austin bureau and for the Dallas Times Herald, first on the business desk in Dallas and later as its Austin bureau chief, and worked as a Dallas-based freelance business writer, writing for regional and national magazines and newspapers. Ross got his start in journalism in broadcasting, covering news for radio stations in Denton and Dallas.

The importance of communication when crisis hits home

In April 2013, less than four months after the Sandy Hook Elementary School shooting, Andrea Miller traveled to Newtown, Conn., to interview journalists with the hometown newspaper, The Newtown Bee. These in-depth interviews, along with interviews with school leaders, became a case study that reinforces the importance of ethical and well-executed communication when crisis hits home. Best practices are based on more than a decade of studying crisis cases that include the professionals involved in the events as well as their communication products. Her topic will rally around why communication, internal and external, can make or break a crisis response, as well as why and how journalists and public relations professionals can and should work together.

Andrea Miller is Professor and Dean in the Mayborn School of Journalism in UNT’s College of Liberal Arts & Social Sciences.  She most recently served as Associate Dean for Undergraduate Studies in LSU’s Manship School of Mass Communication.   Miller received her doctorate from the University of Missouri-Columbia School of Journalism, her master’s degree from Texas Christian University and her undergraduate degree from Texas A&M University. Additionally, Miller was an award-winning television news producer for a decade. While serving a station in Dallas, Miller developed an interest in breaking news and crisis coverage that has translated into an academic research stream.

Miller has published articles on television news and crisis coverage in Journalism & Mass Communication Quarterly, Media Psychology, Visual Communication Quarterly, and the Journal of Contingencies and Crisis Management. Additionally, Miller has three books. Oil & Water (University Press of Mississippi, 2014) details the media lessons from Hurricane Katrina and the BP oil disaster, News Evolution or Revolution? (Peter Lang, 2014) explores the future of the newspaper industry using the New Orleans Times-Picayune as a microcosm of the industry, and Public Relations and Journalism in Times of Crisis, A Symbiotic Partnership (Lang, 2019) includes communication case studies explored from both the public relations and journalistic perspectives. She also served as an associate board member of the Louisiana Association of Broadcasters, was named a Columbia School of Journalism Dart Center for Journalism & Trauma Academic Fellow, and has conducted media crisis training for the military, politicians, and K-12 school leadership. 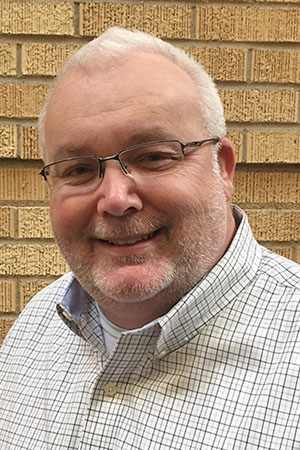 Gary Webb's presentation will apply core principles of emergency management to the school setting. Drawing upon past experiences with community-wide disasters, several “lessons learned” will be highlighted. These include the value of embracing an “all-hazards” view, the importance of engaging in realistic planning, and the need to remain flexible in coping with various natural, technological, and human-induced crises.

Dr. Gary Webb is Professor and Chair of the Department of Emergency Management and Disaster Science at the University of North Texas, which houses the nation’s first bachelor’s degree program in emergency management. His research focuses on organizational preparedness for and response to extreme events, and he is the co-author of Introduction to Emergency Management. His research has been funded by the National Science Foundation, and it has appeared in numerous professional journals, including the International Journal of Mass Emergencies and Disasters, International Journal of Emergency Management, Journal of Contingencies and Crisis Management, and the Journal of Homeland Security and Emergency Management. He has delivered invited presentations in numerous countries around the world, including Denmark, France, the Netherlands, South Korea, Turkey, and Taiwan, and he has been quoted in major media outlets, including the Los Angeles Times, New York Times, and NPR.

Marty L. Crawford was superintendent of West ISD on April 17, 2013 when the unimaginable happened. A fertilizer plant exploded devastating the town and the district. Dr. Crawford found himself facing tragedy and the loss of much of his district. He has a compelling story of loss and recovery. 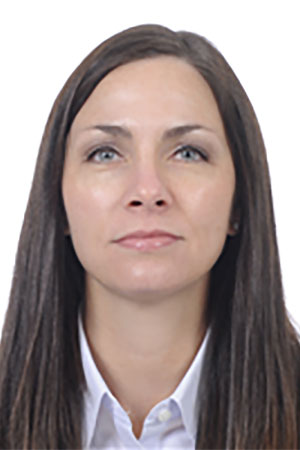 Christina Foley will present the findings of the latest U.S. Secret Service National Threat Assessment Center (NTAC) study titled, Protecting America's Schools: A U.S. Secret Service Analysis of Targeted School Violence. The study examines 41 targeted attacks that took place from 2008-2017 and occurred in K-12 schools, during which at least one person was harmed by a current or recently former student.

Assistant to the Special Agent in Charge Christina Foley has been an agent with the United States Secret Service for fifteen years. The last six years of ATSAIC Foley’s career has been spent in the Protective Intelligence and Assessment Division within the Office of Strategic Intelligence and Information. ATSAIC Foley works within the National Threat Assessment Center, which conducts research, training, and consultation in the area of threat assessment and the prevention of targeted violence. NTAC research efforts focus on violence directed toward government targets, K-12 schools, university campuses, workplaces, and public spaces. ATSAIC Foley regularly provides NTAC presentations for audiences of Federal, State, and Local Law Enforcement partners as well as representatives of private, public, and government entities.