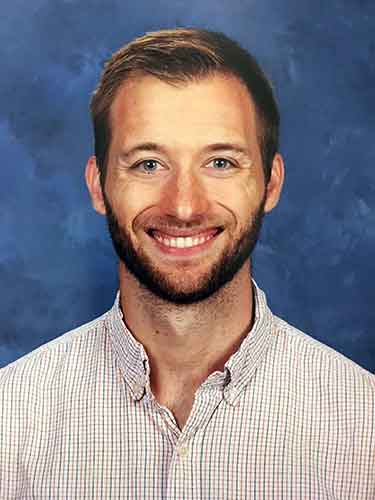 Moving from his former role as Speedway’s Instructional Coach over the past two years, Andrew Finley ('20) is well prepared to serve as the next Middle School Principal at Hyde Park Schools. Finley came to Hyde Park Schools in August of 2015 where Middle School students have had the good fortune to have him as their science teacher for the past six years.

Finley holds a Master of Arts in Teaching from Liberty University and a Master’s Degree in Educational Leadership from the University of North Texas. Finley and his wife, Mackenzie, are the parents of 3-year-old son, Elliot.

Finley says he is passionate about building a learning community where every student is known and cared for, while simultaneously holding students to high academic standards. He says he is excited to serve teachers, parents, and students in his new role, and looks forward to continuing Hyde Park’s legacy of excellence. He will serve as Hyde Park Middle School Principal beginning in the fall of 2021.

Stay informed about the latest College of Education news