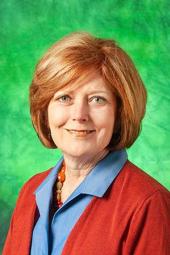 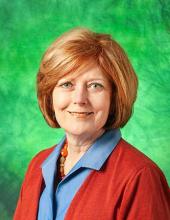 Karen Rue’s educational career spans 40 years. A former faculty in Educational Leadership in the Baylor University School of Education, she previously served as superintendent of Northwest ISD and Tuloso-Midway ISD, and as executive director of Katy ISD.

Rue has been active in leading and creating a transformational shift in education, with a focus on preparing future-ready students, encouraging innovation and creativity, and developing more meaningful assessment and accountability measures. She was a founding member of the Public Education Visioning Institute and served as co-chair of the Texas High Performance Schools Consortium.

Rue served as president of TASA (2015-16), the Urban Superintendents of America Association, the Fast Growth Schools Coalition, and the Texas Association of Suburban/Mid-Urban Schools. She also served as vice president for the Texas School Coalition.

Karen Rue joined a select group of distinguished Texans receiving the 2017 Golden Deeds Award, considered the most coveted award in the field of Texas education and the highest recognition for distinguished service to education in the state.

She was named a 2016 AASA Women in School Leadership Award finalist, the 2014 Region 11 Superintendent of the Year, selected to participate in Classroom Connectivity in Texas at the governor’s mansion and in the Connected Superintendents Summit at the White House, chosen as a finalist in the eSchool News Tech-Savvy Superintendent Awards program, and named one of the nation’s Top 50 Innovators in Education by the Center for Digital Education.

Rue has a bachelor's degree from the University of Southwestern Louisiana, a master's from Lamar University, and a doctorate from Texas A&M University. All three degrees are in education.